Famous locksmiths who changed the world 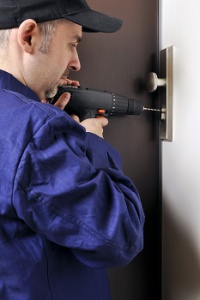 Jeremiah Chubb was a good locksmith who dealt with detector locks back in the 1800s. The detector lock was a durable lock with six levers. The lock helped him win accolades as well as fame, not only in the locksmith industry but also across other industries. He stands to be one of the most famous locksmiths of all time in the history books.

Robert Barron was a Brit. Barron significantly improved lock designs, and the company was able to invent double tumbler lock back in 1778. With no modern security system, the lock was the most secure lock of the time.

Houdini is known by many as an artist. Only a handful of people knew him as a famous locksmith. On his part, Houdini thrived of tactics that involved famous and fashionable locks. He was a highly skilled lock picker with awed audiences and breathtaking stunts.

James Sargent invented key-changeable combination lock back in the year1857. The lock turned out to be one of the most popular locks for those who wanted safety. Sixteen years later, he invented a time lock mechanism and patented it.

Samuel Segal is the brain behind the jimmy proof locks that were created in 1916. Segal was a former policeman in New York City who holds over 25 patents under his name.

Linus Yale Jr is an American mechanical engineer and the manufacturer of cylinder pin-tumbler lock invented in 1861. In 1862, Luis invented the modern combination lock.

There are other famous locksmiths who deserve to be mentioned in this list like Walter R. Schlage, Joseph Bramah, and Harry Soref