What Are Door Closer Systems Aand Their Main Advantages 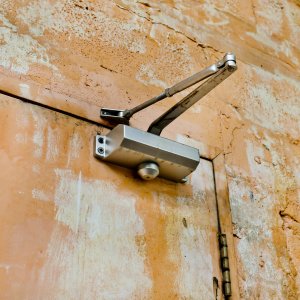 The so-called door closers are all those mechanisms that allow an automatic closing system to a door, without manual help. The door closers are the most comfortable way to keep a closed-door in places with heavy traffic such as shops, shops, etc. Door closers are also tools widely used in rooms where greater privacy is required than a closed door. The most practical are those in which functionality and reliability converge with a discreet but effective design. The door closers are used in sectors with low load levels as in extreme conditions. Elements Of A Door Closer: An Automatic Door Closers is essential to avoid slamming doors or drafts, as well as retaining the weight of large doors. Among its different elements, we can find the following: Articulated Arm: Perhaps it is the most visible piece of a door closer. The task of the arm is to provide an opening and closing angle. However, many of you have already thought about the following. But that is not done on the door hinges? Yes and no. Yes, because they fix the door and provide an opening angle, but in most cases, they don’t close it. Sliding Bar: It is usually part of the simplest door closers, those that are barely articulable and have no retainer. The bar slides through a pin and incorporates a spring that closes the door. It is usually installed in shops or premises with light doors. Retainer: It is not mandatory in door closers, but the most sophisticated incorporate them. It is the element that is responsible for executing a controlled closing movement. Many hydraulic closures supply the function of a retainer, especially if they are applied to doors that open upwards. Control Valves: They serve to control the speed of the closing and the final blow. It differs, in theory, from the retainer because these valves decelerate the closing movement progressively, and the retainer does it more sharply. They are also optional. Zipper Pinion Mechanism: It is the mechanism that joins the articulated arm with the fixed part in the door and is responsible for being the link. The more sophisticated this mechanism is, the better and cleaner the door closer travel will be. Coating: It is usually made of lacquered or stainless metal. It has the entire rack and pinion mechanism together with the articulated arm. Advantages Of Door Closer Systems: These mechanisms that close doors automatically avoiding slamming doors are the most used in neighboring communities. They allow regulating the speed and closing power. They exist for doors weighing between 20 and 120 kg depending on the model Recommended for high traffic doors. They can only be used on swing doors that are not reciprocating. In addition to these advantages, the door closers have retention systems for closed doors or open doors but not locked, to pass with a loaded car, for example. What Are The Retention Systems? Retention Systems: RL: Free Retention, fixed retention system at 90º. It works as follows. If the door opens at 90º, it will remain retained but not locked. It can continue to open until 180º without any automatic return action until it returns to the 90º position. PR: With retention lever. A variable retention system since it is possible to regulate the specific point at which you want to keep the door open and locked so that it cannot continue to open. With the door closer system, the retention angle can be adjusted to minimize situations in which the door is opened involuntarily. With the numerous advantages of retaining a door at a fixed point to pass with a cart or a bicycle. There are models with the brake in the opening that does not cause a slamming of a door that opens with a lot of momentum. Types Of Door Closers: Close Hydraulic Doors: The most used and common, simple, and effective work with a hydraulic piston and oil. Floor: Installed on the floor, very useful in glass and wood doors. Arm type: They are installed in the side frame of the door; they are smaller and discreet. Electrical: Thanks to a motor, it works by exerting pressure so that the door closes. Springs to close doors: they also put pressure on the door to close.
Order Online
SAVE MONEY
Pricing Estimates